Who are your heroes? Are they sports stars? Celebrities? People you know personally, such as a favorite teacher?

Mine are scientists. If I could have the infamous dinner party we pretend to host as a part of “Getting to Know You” exercises, and I could only invite a handful of people, three of my guests would be scientists: Bob Ballard, Jane Goodall, and Sylvia Earle. After seeing Dr. Ballard speak in Santa Barbara last week, having the privilege of seeing him talk aboard the E/V Nautilus and in Rhode Island, and as part of his excellent TED Talk viewable online, I can tell you that the conversation around the table would no doubt be filled with gripping stories and a ton of laughs.
Dr. Ballard spoke at the Lobero Theater in Santa Barbara, and then participated as part of a panel of local scientists and educators. As expected, it was fascinating.
Most people know Dr. Ballard as “the guy who discovered the Titanic.” So let’s get the shipwreck thing out of the way first. Since the beginning of recorded time, over three million ships have been lost in the deep sea. Dr. Ballard is #1 on the leader board for having discovered the most sunken ships ever – with a total of 50. That’s a lot of ships, but it’s less than two thousandths of a percent of those that have been lost. He has discovered places where shipwrecks have been completely trawled out of existence, and places (such as the Black Sea) where the conditions are such that shipwrecks are perfectly preserved.
But what is so cool about the way Dr. Ballard explored the Titanic, the Bismarck, and other ships is the technology that he envisioned and brought to life: a way of exploring called “telepresence.” Essentially, Dr. Ballard explains that he was frustrated with how ocean exploration was occurring. He spent most of his time “in the elevator” to and from the ocean floor (ascending and descending in the submarine). Very little time was left for actual exploration. And the submarine was tiny, only six feet across. (Dr. Ballard, at 6’2”, could not stand upright in Alvin.) And it was incredibly dangerous. One little thing goes wrong, and that could be the end of you and the rest of the crew.

So he devised a way, in his words, to send “the human spirit” down to the bottom of the sea instead, kind of a “Beam Me Down, Scotty” sort of thing. The two ROVs used as a part of the Nautilus exploration program are Hercules and Argus. Together, they descend to the depths and send the video back up to a crew on the ship, a crew that can be rotated out on four hour watches. This way, the dive is nearly unlimited. A single dive could run for several days and nights, uninterrupted. You don’t have feed robots; they don’t need bathroom breaks. This way, the human spirit can explore as deep as the submersibles can carry it.

Dr. Ballard has been on over 150 expeditions so far. Sometimes, he is asked, “What are you going to discover next?” His answer? “I don’t think you understand the process!” The excitement of ocean exploration is indeed wrapped up with the fact that so little of the ocean has been explored; you never truly know what wondrous thing you are going to come across next.
But sadly, ocean exploration is woefully underfunded. NASA’s budget is 1000 times larger than NOAA’s. Space exploration is indeed important, and has led to valuable contributions to everyday life; but the fact that we know more about the surface of Mars than we do about the Santa Barbara Channel, right off our coast here in California, is shocking.
Part of the reason why many nations are scrambling now to map just off their coasts is because a nation can claim land for 200 miles off its continental shelf. (Because of this, the United States owns more land under the ocean than any other nation on Earth.) So if a continental shelf extends for a great distance, there’s a lot of extra land to be claimed. This is important for countries that want to make claims on the natural resources (such as oil or metal deposits, or fishing grounds). All of that starts with good mapping. With better maps, we may discover that we own a lot more than we ever knew.
As a result, there is a lot of exploration going on right now. Dr. Ballard likes to say that on his ship, it’s more “Lois and Clarke” than Lewis and Clark, because he has mandated that 55% of the people on board the Nautilus are women in positions of authority and leadership. He recognizes that women have been traditionally underrepresented in STEM fields, and he seeks to help level the playing field. (Pay attention, ladies! And make sure to check out the Ocean Exploration Trust’s Honors Research Program and internship programs!)
One of my favorite moments in the program was when Dr. Ballard phoned the ship and put the call on speakerphone to share with the audience. He dialed the number, and to the man who answered, announced, “This is Bob Ballard.”
To which the man replied, “Who?”
Dr. Ballard responded, “This is Bob Ballard. Who’s this?” And got only silence. Then the guy hung up. “He didn’t sound very impressed,” quipped Dr. Ballard.
Dr. Ballard went to redial, glanced at the phone, and realized his mistake. He had dialed the area code for his home instead of the area code assigned to the phone on the ship. We all laughed together as we realized that Bob Ballard just made a crank call with over 600 people as witnesses. 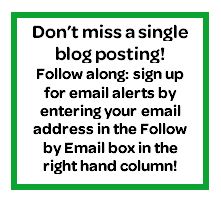 Even though I had had the opportunity to see Dr. Ballard speak before, I still found myself uttering, “Wow,” and my breath catching in my throat at different points. He is a great storyteller, and he has truly amazing stories to tell. The last note I took was during the panel discussion. Someone asked Dr. Ballard why ocean exploration is important. With his signature wit, he replied, “Ocean exploration is fundamentally important to the survival of our species. Other than that, it’s not that important.”
Well said, as always.
Who would you invite if you could host a party and invite anyone? What are some lessons you have learned from your heroes? Please share!
The above is the beginning of a multi-part series to run over the next couple of months. Melissa Baffa, Vice President of Program and Volunteer Services for GSCCC, will be joining the Corps of Exploration again this year, exploring the deep sea aboard the E/V Nautilus. This blog series will chronicle her dive into the Unknown.
¸.·´¯`·.¸.·´¯`·…¸>     `·.¸¸.·´¯`·.¸.·´¯`·…¸>    `·.¸¸.·´¯`·.¸.·´¯`·…¸>
In a couple of weeks, I will be returning to the E/V Nautilus, boarding in San Diego, and exploring a region off the coast of Southern California known as the Borderlands. I will be blogging here on the GSCCC website, and contributing weekly columns to the Ventura County Star, in the Sunday edition. Please join me, and share your comments. Girl Scouts, there is still time to sign up for the Nautilus ship tour in San Francisco on August 17. And please join me through the Nautilus Live website as we explore the deep sea alongside the Corps of Exploration!
Want to go on an adventure with me? Skip to the next blog post by clicking here.
Want to catch up on what happened last season? Click here to start with the first post from last season.