The Channel Islands Service Unit participated in the annual Veteran’s Day Parade and Ceremony on Friday, November 11th, to honor the sacrifices made by those who have served our country.

The event began at 10 a.m. in front of Oxnard City Hall, with a welcome by the Mayor Pro Tem Carmen Ramirez, followed by the parade which concluded at  Plaza Park.

Veteran’s Day coincides with other holidays abroad, such as Armistice Day and Remembrance Day, which are celebrated in other parts of the world and also mark the anniversary of the end of World War I, which formally ended at the 11th hour of the 11th day of the 11th month of 1918, when Armistice with Germany took effect. 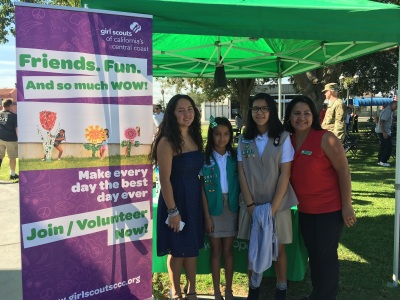