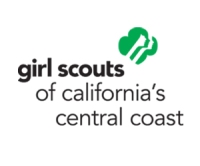 Girl Scouts of California’s Central Coast announced the installment of our new Board of Directors, representing communities throughout the council, during our 2017 Annual Meeting in Aptos at the Seascape Beach Resort on Saturday, April 22.

Appointed to the Board during the meeting were: Dwayne Carey of Woodland Hills; Hayley Civian of Aptos; Genevieve Evans-Taylor of Camarillo; Mark Lisa of Templeton; Danielle McCaffery of Santa Barbara and Ryan Van Ommerren of Thousand Oaks. The Board also appointed Sue Roth of Santa Cruz to serve on the Executive Committee as the inaugural Vice Chair of the newly formed Membership Connection Committee.

Board Chair Tammie Helmuth of Ventura; Vice Chair Lupita Renteria-Galvan of Salinas; Secretary Crystal Evans of Simi Valley and Treasurer Ashley Ogden of Paso Robles continue in their existing Board Member roles during this coming term.