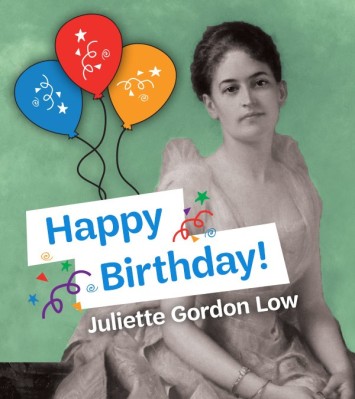 Born Juliette Magill Kinzie Gordon on October 31, 1860, in Savannah, Georgia, “Daisy,” as she was affectionately known, descended from a long line of strong and independent women.

Juliette was a sensitive, curious, and adventurous girl known for her sense of humor, compassion, and concern for others. She was interested in athletics, the arts, animals, and nature—attributes that would one day become central to the Girl Scout Movement.

Tradition holds that Juliette Gordon Low made a habit of standing on her head and doing a cartwheel each year on her birthday. “Daisy” wanted to prove she could still keep up with the Girl Scouts. This tradition fits Juliette Gordon Low’s life-long love for athletics and her youthful energetic spirit.

Here’s to you Juliette Gordon Low!