Girl Scouts of California’s Central Coast is proud to honor the 2019 Women of Distinction for their accomplishments, community leadership, and commitment to making a positive difference in the Girl Scout community and beyond. Six dedicated women have been selected to receive this honor, and we are beyond grateful for their service. Here are the 2019 awardees:

Julie Sainz began her Girl Scout journey in first grade with her mother as her troop leader. She went on to earn her Bronze, Silver, and Gold Award, as well as the Bronze Cross Lifesaving Award. After graduating from Cal Poly and marrying in 2016, she attended an informational meeting where she met her co-leader and started a troop of seven girls. She now has a troop of eighteen and has served as the Santa Maria and Orcutt Cookie Chair. Growing up, her mother shared what her own Girl Scout leader meant to her, and she strives to be that kind of positive role model for her own troop today.

Lisa McKinny’s involvement in Girl Scouts began in 1998 when she volunteered to be her daughter’s Brownie Troop’s Nut Chair. Twenty years later, she has ushered three different troops through the Ambassador level and mentored over a dozen Girl Scouts earning their Gold Awards. Mrs. McKinny enjoys working with community partners to host Badge Workshops, which have served hundreds of Girl Scouts of all ages over the years. As a member of the San Luis Obispo Service Unit, Lisa serves on the Adult Recognition Committee and is a Learning Facilitator for PACT, Stepping Out LIVE!, Grade-Level and Outdoor Training.

Marsha Hill has been a Girl Scout for 34 years, five of them as a girl, fifteen as a leader for her two daughters, and fourteen as a dedicated volunteer! She has been a Learning Facilitator for Outdoor Training, Age-Level, Stepping Out LIVE!, and PACT. Marsha was the Service Unit Manager for Costa de Oro for five years and has directed five Day Camps. Currently, she serves on the board for Day Camp in the capacity of Camp Aide Director or Cadette Program Lead. She has run a multitude of events for her service unit, co-founded the CAGS Backpacking Group, helped at Camp Athena, and continues to serve on the board for Kaleidoscope.

When Ruth Pollack moved to Thousand Oaks in 1964, her two daughters came home from school with flyers to join Brownies and she became a troop leader shortly after. Her role continued for eight years, followed by two years as an assistant leader to her third daughter’s troop. She has since served as the Vice President and Secretary for the Tres Condados Girl Scout Council, Heritage Committee member, delegate to the Girl Scout National Convention in D.C., and Girl Scout Neighborhood Chairman (Service Unit Manager) of Conejo Valley. Ruth has received the Girl Scout Certificate of Appreciation, Thanks Badge, and the JCPenney District Award for her dedicated work with Girl Scouts.

Margaret D’Arrigo became involved with the Girl Scouts at a young age. She was inspired by her mother, Phyllis, who was also her devoted Girl Scout troop leader. Girls Scouts was the first organization that taught Margaret how to be a leader, be organized, raise money, and give back to her community. Phyllis was a generous philanthropist and instilled Margaret with the spirit of giving of her time and resources. Girl Scouts was the foundation that helped Margaret become the leader she is today as an active member of numerous local organizations. Although she is now raising twin boys, she is following the Girl Scout motto by teaching them how to lead and to give back to their community. 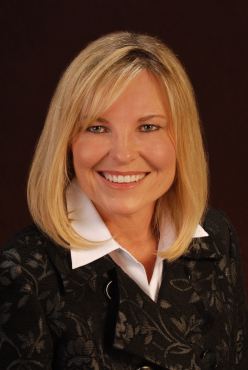 Donna Lynne McNeely is an accomplished financial services professional, patron of local charitable organizations, alumnus of The Wharton School and a First Class Girl Scout. As Senior Vice President and Chief Operating Officer of Kinecta Federal Credit Union, she makes it a priority to continuously support the communities of Ventura County through organizations such as the New West Symphony and Make-a-Wish Tri-Counties and events such as the Love Run for Meals on Wheels. Attributing much of her professional success and her “servant’s heart” to the time she spent and skills she developed in scouting, Donna is extremely grateful to the Girl Scouts U.S.A.