From June 9th – 14th, girls gathered at the NASA Goddard Space Flight Center in Maryland for the Girl Scout Astronomy Club Summit. The admission process began late February, when Girl Scouts of California’s Central Coast created a team of two Girl Scouts, one volunteer Amateur Astronomer and one staff member. The team submitted an application to Girl Scouts of the USA and was one of ten teams selected.

The team arrived in DC on the 9th for a meet and greet dinner at their hotel. Monday the 10th was fully focused on the solar system, when they made scale models, met GS Astronomy Club veterans, experimented in STEM labs, and attended a citizen science lecture. They also had the opportunity to listen to Dr. Carrie Anderson, a planetary astronomer in the Astrochemistry Laboratory at NASA Goddard Space Flight Center.

On Tuesday the 11th, Girl Scouts arrived at the Goddard Visitors Center for a tour and lectures from experts in all things space! Mr. Kyle Boyer, the lead programmer for the Virtual Reality Team for NASA Goddard’s STEM Innovation Lab, talked with the girl

Wednesday the 12th was centered around Heliophysics (the study of the effects of the Sun on the Solar System), where girls studied sun pictures, solar viewing and UV beads. They heard from Dr. Yari Collado-Vega, a Space Weather senior forecaster and an Education and Public Outreach specialist within the Space Weather Research Center. Sarah Frazier talked to the girls about NASA Social Media and Abbey Interrante spoke about science writing.

That night, the girls gathered for dinner for a “Night Under the Stars.” They heard again from Professor Lou Mayo on a Search for Life in the Universe, and capped off the evening at a Star Party with the Goddard Astronomy Club. 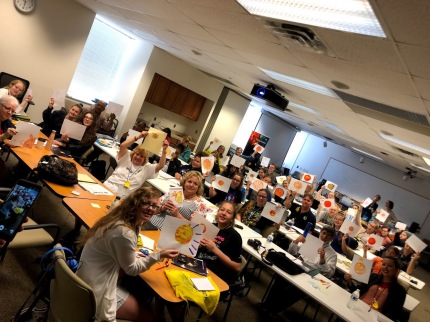 Thursday, June 13th, Girl Scouts learned about Astrophysics from Dr. Sten Odenwald, astronomer at the NASA Goddard Spaceflight Center and Director of STEM Resource Development at the National Institute of Aerospace. They also heard about careers in space from Ms. Lani Sasser, a technology specialist that supports the NASA STEM Innovation Lab. Girls developed the curriculum for their own Astronomy Clubs and learned how to run activities such as creating cereal box spectrometers and coding in Java and Python.

On Friday, June 14th, the girls focused on building their own astronomy clubs by developing a marketing plan, learning about their online resources, developing a sustainability plan, and finalizing their club presentations. 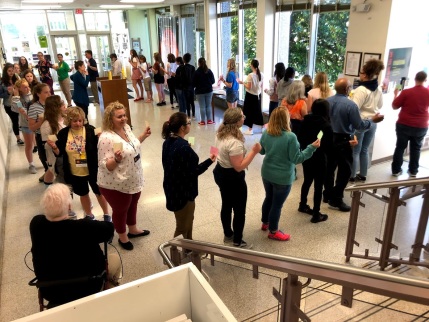 After returning from this fun-filled and informative trip, the girls plan to replicate what they learned at the summit to start their own Astronomy Club in California’s Central Coast in the upcoming Girl Scout year!

Looking for more STEM fun? Check out our activities calendar to find an upcoming program near you! Not a Girl Scout yet? Join today by visiting www.girlscoutsccc.org/join!